The Art and Joy of Serendipity

Why the power of serendipity means you should focus on gaining skills and experiences, rather than achieving goals.

Mountain climbing would seem to be the ultimate goal-driven activity, everything resting on reaching the top. The higher the peak, the more valued the achievement! By that definition, Everest should be the most important thing I’ve ever done. But it’s not.

I’m glad I did it, it was a fascinating experience in all its controversial complexity, but that kind of goal-achievement is not my main interest. As I wandered through the mountains of the southern French Alps recently, I was reminded once again that the thing that brings me the most joy in the wilderness is serendipity.

The word serendipity has as suitably exotic origin, having been created by Horace Walpole in 1754. He was inspired by the Persian fairy tale of The Three Princes of Serendip, the princes had the fortunate habit of “always making discoveries, by accidents and sagacity, of things which they were not in quest of”.

Discovering things we did not know we were looking for is deeply satisfying. One of my favourite climbing trips of all time involved my utter failure to climb The Nose on El Capitan. Long before El Capitan became an operating system, it was the iconic granite monolith whose smooth face, nearly a vertical kilometre high, dominates the entrance to Yosemite valley in California. The Nose is the most famous of the many technical climbing routes that inch their way precariously up the imposing wall.

Like many climbers from around the globe, for years I had dreamed of scaling the face, inching my way up the soaring crack-lines over a period of days, sleeping hanging from the cliff in a portaledge, pulling up a self-contained world of supplies behind me in a haulbag.

Finally the moment arrived. I was newly landed from Europe, my climbing partner had driven down from Seattle, the back of his pickup full of big-wall supplies. The time of year wasn’t ideal, late August was too hot, but it was what we could manage. We took only a day or two to warm-up on smaller walls (we had both climbed in Yosemite before) and then we headed out for the main event.

Looking up at The Nose on El Capitan from the valley, when it was still our big dream.

Three days into a five-day climb, we came to the conclusion we hated the entire thing. It was debilitatingly hot. We weren’t climbing fast enough. The haulbag, loaded down with badly needed water, was so heavy I couldn’t pull it up on my own. Instead of being a self-contained world that let us live on a vertical face, it was a Sisyphean nightmare – a burdensome beast from hell to be hauled up behind us – again and again and again.

The physical and mental freedom of rock climbing that I love so much, the feeling moving fluidly up the wall in a precise, ever-changing dance, had been replaced by a nightmare of demoralising logistics. We abandoned the dream, descended the wall in a series of long, exposed abseils, dragged the detested haulbag back to the pickup and wondered what to do instead.

A few hours later we were driving towards Nevada with a copy of the High Sierra Climbing guide from SuperTopo, which was full of long routes on some of the best alpine granite in the world, all of which could be done in one day. What followed was one of the best trips I have ever done. We started down south on the East Face of Mount Whitney and then the Fishhook Arete on Mount Russell. We moved on north via the Sunribbon and Moon Goddess Aretes on Temple Crag, picking off various other classics before finally arriving in Tuolome Meadows.

We drove to the road-heads, hiked in to remote lakes where we set up camp, and then spend long summer days climbing pitch after pitch of golden granite, returning to the comfort of the camp late in the afternoon. In-between high camps we dropped back to the Nevada desert and the comfort of king-sized beds, extravagant buffets and wifi from the road-side motels. Each excursion unfolded as a joyous surprise, the delight of discovering experiences we loved but had not planned. 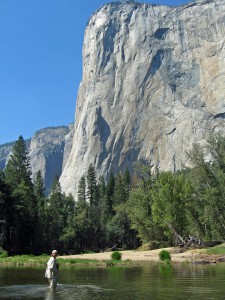 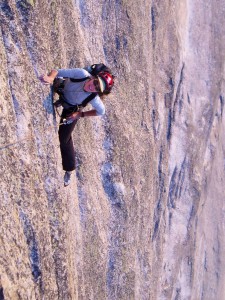 I’ve experienced the same joy on ski days in the backcountry, where we either have no plan or a plan that has turned out to be inappropriate given the conditions, and now we are reframing objectives on the fly. We stand on top of a summit or ridge, look around us and say: “let’s go that way! Maybe we’ll be able to climb our way out. Maybe there’ll be a gully we can ski down on the far side. We can retrace our steps if we have to.”

More often than not, we find a way through – an unexpected portal into another world, an unforeseen landscape opening out in front of us, abundant with new possibilities. Days like that and trips like that fill me with joy – the pleasure of unexpected opportunities grasped with commitment and enthusiasm, leading to discoveries we “were not in quest of”.

The chance is an event, serendipity a capacity.

Serendipity is not just about blind luck. The key to Walpole’s definition lies in the word he carefully pairs with “accident”, which is “sagacity”. Dictionary.com defines it as “acuteness of mental discernment and soundness of judgment”. Our luck in wandering up the airy granite ridge of the High Sierra or plunging down the sparkling powder fields hidden deep in the Pyrenees does not come out of the void.

It’s founded in a deep base of experience and training, that lets us make apparently whimsical decisions in remote environments. It lets us take seemingly unconnected pieces of information and put them together in ways that create a productive course of action.

To quote from the Wikipedia entry for serendipity: “Innovations presented as examples of serendipity have an important characteristic: they were made by individuals able to ‘see bridges where others saw holes’ and connect events creatively, based on the perception of a significant link.
The chance is an event, serendipity a capacity.”

We build that capacity by seeking out new skills that widen our abilities and by trying out experiences that led to both success and failure. It is in failing that we find where our limits seem to be and what our weaknesses are, but we will only make those discoveries if we take the time to think about why the failure occurred. And if we are prepared to risk failure in the first place.

A life guided by the joy of serendipity is not a life that is purposeless or directionless. However, it is a life that is guided more the accumulation of skills and the gaining of experience than by the setting of goals. We can turn our skills to a specific goal and experience the satisfaction of a plan well prepared and well executed. Or we can embrace the creative reinterpretation of chance, using our skills to turn accident into opportunity. 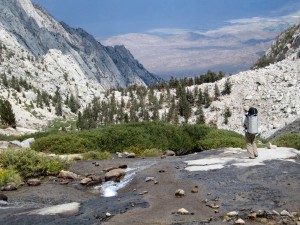 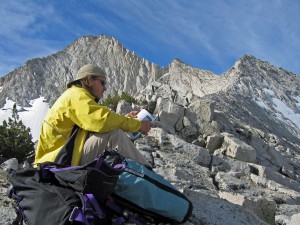 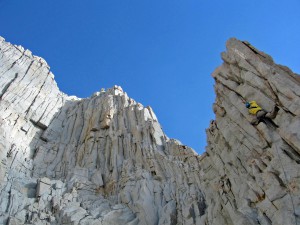 “Vital lives are about action. You can’t feel warmth unless you create it,
can’t feel delight unless you play, can’t know serendipity unless you risk.”
– Joan Erickson